Inflammatory and autoimmune problems in X-linked carriers of CGD 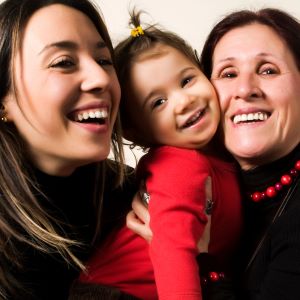 Two recent studies, published in the Journal of Allergy Clinical Immunology, have added to the weight of evidence concerning the health implications of being an X-linked (XL) carrier of CGD. The research shows that some XL-CGD carriers have similar problems with infection, inflammation and autoimmunity as seen in people with CGD. The studies underline the recommendation that the health of symptomatic XL-CGD carriers should be managed proactively and reviewed by suitably qualified specialist doctors.

In the UK-based study, physical health problems were evaluated in 81 XL-CGD carriers. The results showed that inflammatory complications were common, with half of those questioned reporting gastrointestinal problems, particularly abdominal pain and diarrhoea. Inflammation of the lymph glands was also reported. Features of autoimmune disease, including mouth ulcers, photosensitive skin and pain, were commonly seen. The infections experienced by XL-CGD carriers included recurrent skin abscesses. The proportion of functioning neutrophils was found to be a poor predictor of the presence of infection, with the exception that those with a lower proportion of functioning neutrophils were more likely to suffer recurrent skin abscesses. Fatigue was a particular issue in 50 per cent of carriers.

The study at the National Institutes of Health in the USA collected clinical data on 93 XL-CGD carriers and measured the percentage of dihydrorhodamine positive cells (%DHR+) to assess their oxidative burst. The researchers found that carriers with CGD-type infections had low %DHR+ values and this was a strong predictor of infection risk. Being an XL-CGD carrier was associated with autoimmunity health complications but was not associated with %DHR+ values.

Dr Andrew Gennery, Honorary Consultant Paediatric Immunologist, Great North Children's Hospital, said: 'These are important results, which conclusively demonstrate in two independent large cohorts of X-linked CGD carriers that many women experience significant symptoms related to the genetic defect. These results confirm that symptoms experienced by X-linked CGD carriers should be investigated and managed appropriately, ideally by specialists who are familiar with the disease.'