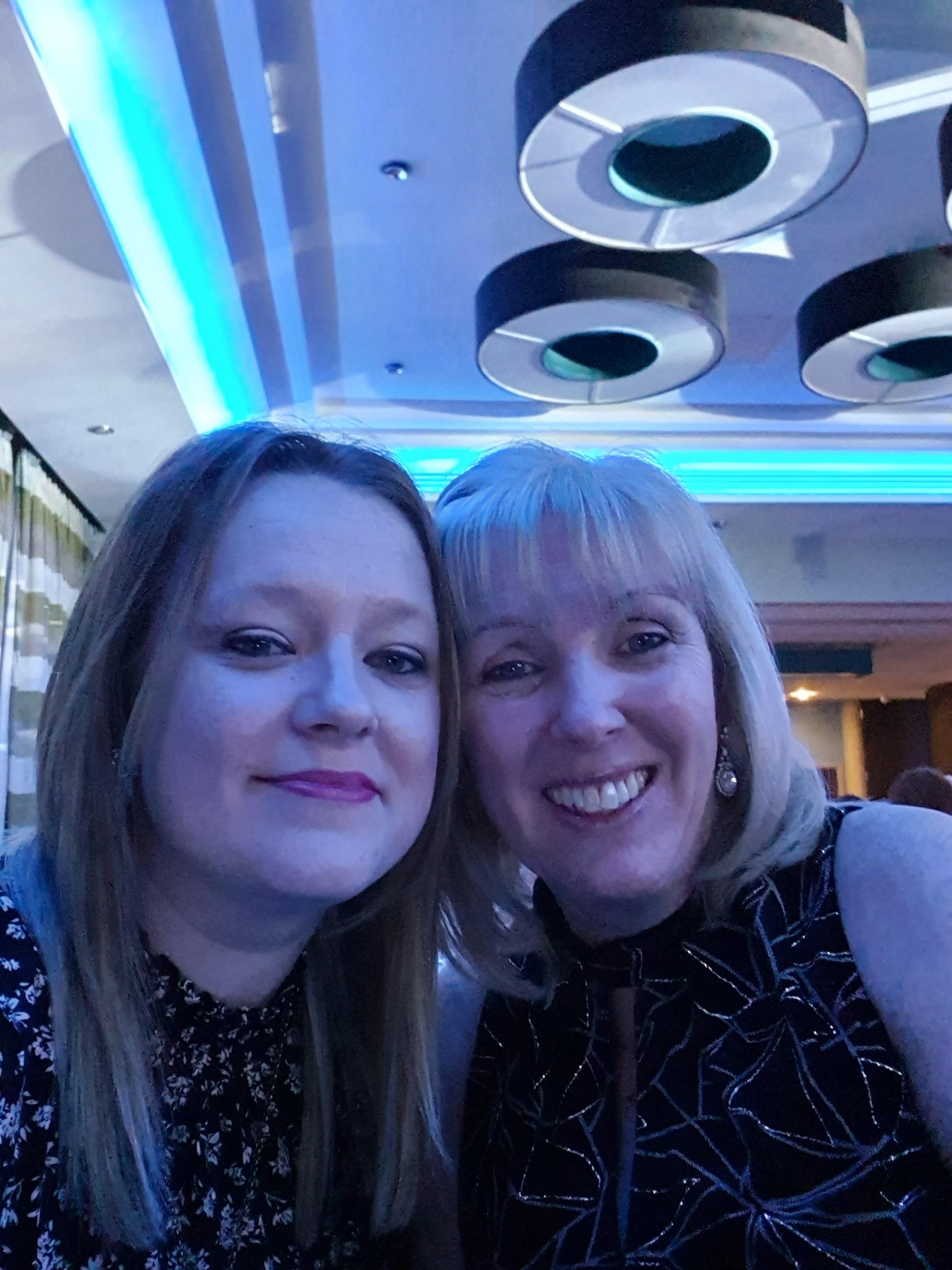 Being a Carrier of X-Linked CGD

It’s a harsh fate, having to live with a rare, genetic and life-limiting blood disease such as CGD – most of our readers will know only too well the pain and anguish it can bring to the lives of those who live with the condition.

Equally, we can easily imagine and have compassion for the emotional suffering and heartbreak of their families. Yet, there is a significant part of this story that has (until recently) been left unwritten and is therefore little understood: that is the additional physical burden of pain and suffering that CGD mothers also share alongside their boys.

We have known for a long time that X-linked CGD (XL-CGD) is passed from mother to son in 50% of cases. We have also known for a long time that, as if the burden of guilt at passing CGD to your boys were not enough, some XL-CGD carriers suffered with unexplained and sometimes severe symptoms - without really knowing the cause. As was the case with my own mother, much was (and probably still is) attributed solely to the emotional stress or depression caused by the rollercoaster ride that is having a very sick child. Debilitating and painful conditions such as skin lesions and infections, severe mouth ulceration, chronic fatigue, increase in mood swings and even serious debilitating inflammatory conditions similar to Lupus all slipped under the radar and went medically unexplained.

Now, however, thanks to a slowly growing body of literature based on relatively recent scientific discoveries, we know that mums (and sisters) of XL-CGD boys also have impaired immune systems which can explain these symptoms. Sometimes the impairment of the XL-CGD carrier’s own immune system is so great that they too could be classed as having CGD.

Carly Koncuk knows this from personal experience. She is well versed in what it means to be a part of a CGD family: her elder brother Anthony was born with the condition and since before she can remember, she has grown up sharing in the pain, suffering, fear and anxiety which affects everyone in a CGD family. As a child she knew from an early age she would be a carrier but was too young to appreciate the consequences of this as she hadn’t thought about having children. However, later in her life, when she did start a family with her husband Kadir it really began to sink in.

“I needed to tell my partner about it. I contacted the CGD Society and spoke to Rosemarie who sent letters to doctors in Turkey where I was living at the time to get my first baby, Murat, tested”.

Murat was tested and was negative. During her next pregnancy, however, after she discovered that she would be having a second son, a maternal instinct told her that he would have CGD. “I’ve got one healthy son – nobody gets that lucky a second time.” Aydin was born with multiple fistulas and Carly knew immediately he had CGD. And her Mum knew it too. Carly’s mum Debbie has been through this journey herself with Anthony and has been a huge source of strength and support to Carly right from day one. Aydin was tested at one day old and, as Carly predicted, was positive: Carly’s new family would be living with CGD.

“My hormones were all over the place and I just broke down” she said.

Two years later, Aydin’s consultants were advising Carly to continue with prophylaxis as he was generally well and they were concerned about the very real risks of him having an hematopoietic stem-cell transplant (HSCT) – or bone marrow transplant as it was known before. But Carly had already made a plan. She had previously been in contact with the CGD Society and attended our weekend conferences where families affected by the disease can get together, share their experiences, listen to experts and get advice. She learned the success rates now are close to 90% for young children. Armed with this information plus having seen what her brother Anthony had been through as a child and an adult, having not had a transplant as a baby, there was no discussion to be had. “I was steadfastly determined that Aydin should have a transplant.”

Aydin had his transplant and in spite of some rocky, frightening moments the graft took and he is now a bouncing, vivacious and healthy boy, cured of CGD. See Aydin's story https://cgdsociety.org/living-with-cgd/aydins-story/ And of course, Carly’s brother Anthony took the difficult decision himself to have an HSTC as an adult, and is doing well having celebrated his “first birthday” on 28 February this year.

Yet as any XL-CGD mum knows, being a carrier means this is far from being the end of the story for Carly. Carly herself has a neutrophil burst deficiency of 87% so is immuno-compromised and suffers daily from the debilitating effects of Lupus and extreme fatigue. She doesn’t let this get in the way of training to be nurse, working three days per week as a part-time health care assistant whilst at the same time of course, raising her family. “You’ve just got to get on with it” she says, brushing aside my astonishment at how she copes. “Life goes on – my mum dealt with it so I knew I could get through it as well.” Debbie, also an XL-CGD carrier experiences many of the typical symptoms but is especially plagued by mouth ulcers and severe photosensitivity and blistering (getting easily sunburnt) and has recently began to struggle with her joints and a vitamin B deficiency – a common issue in XL-CGD carriers. Debbie was able to support Carly before and after Aydin was born. Early on she provided the necessary urgency when he so much as developed a spot, cough or splutter, reminding Carly of the importance of early action. She would have schooled her too in the art of badgering duty doctors who know nothing about CGD to give you the right treatment in the right doses – a regular battle every one of us who copes with CGD has to fight on a regular basis when we are taken ill suddenly and can’t see our regular consultants.

Now, however, the fight has shifted focus onto the carriers. The battle is only just beginning to get doctors, even the more senior ones, to take XL-CGD carriers more seriously when it comes to their own health and getting for themselves the right treatment in the right doses. “It’s a constant battle” she told me. Carly reads me a letter she sent to her own GP after the most recent attempt to get some antibiotics for an infection went unheard. She wrote: “I would highly recommend you draw the attention of your staff to the CGD Society website – as a carrier of CGD there are serious consequences and complications if treatment is not prescribed quickly and correctly.”  Their response was to suggest she seek care at another practice if she could not place her trust in them.

Trust! It is extraordinary that in this day and age, there are still doctors simply unwilling to take the time to listen and consider the possibility that there may be something they can learn from their patients.  As someone whose life has been dominated by this rare and potentially fatal disease and knows the potential power of the pain and havoc it can wield over her life as a sister, a mother and now too as a patient, trust is something that needs to be earned.

As someone who also knows this disease intimately, I can attest to the fact that this lady is not for turning. She knows what she’s talking about and what’s best for herself and her family. She will never give up.

We would like to thank Simon Bostic for volunteering his time in writing Carly's story. Simon has CGD and is an advocate in raising awareness of the condition.

If you experience similar responses from your medical practitioners, please do contact The CGD society, and we will do all we can to support and assist you.

Any cookies that may not be particularly necessary for the website to function and is used specifically to collect user personal data via analytics, ads, other embedded contents are termed as non-necessary cookies. It is mandatory to procure user consent prior to running these cookies on your website.