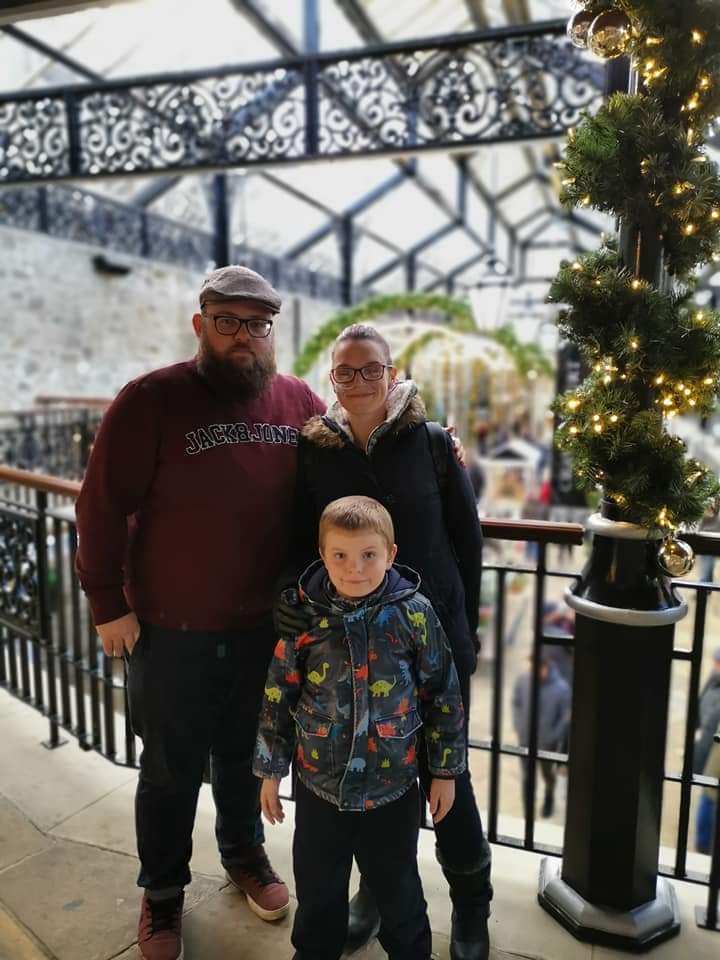 Tearing up rugby pitches and smashing the international water polo circuit might not be an obvious choice for a young man with a life-limiting condition, though for Michael Duddy (35) his childhood was remarkably untainted by a CGD diagnosis.

Michael who now lives in Leeds with partner Kirsty and stepson Max grew up on the sunny holiday island of Tenerife where his parents managed a restaurant for many years.

He talks fondly about his experience of living abroad and his parents’ determination that he should have as normal childhood as possible. Michael remembers battles with his teacher who would try in vein to smuggle medication into chocolate bars and other kids taunting him about time he spent away from class for appointments or when unwell, but unlike others with the same condition, his symptoms could in general be controlled with medication.

Michael remained under the care of Professor Goldblatt at Great Ormond Street (where he was diagnosed at the age of two) travelling back to England for check-ups twice a year without much change. As a young adult he remained in Tenerife, eventually securing the role of airport manager for a British travel operator and playing competitive water polo. He felt healthy and fit, was hard-working and having a great time.

Unfortunately, his condition gained prominence over the past three years following his return to the UK. He was admitted to hospital with pneumonia in 2017 and was unable to return home for three months. Michael reflects that prior to this he was not taking great care of himself – working too many hours, not always taking his medication as directed and commuting long distances every day.

Lung biopsies confirmed that medication would no longer keep his condition at bay and that he would need to go on the wait list for a bone marrow transplant (BMT). The search for a donor began in earnest and two years later a 10/10 match was identified.*

Michael is open about times in his life when he has rebelled against or rejected his illness, refused to take the medications and when he lost faith in the NHS following the death of his mother. However, today speaking with him he appears to have a positive perspective on the forthcoming BMT and talks with great warmth and gratitude about the CGD Society.

Michael feels that in the same way the charity helped his parents come to terms with and understand his condition, they have been a rock to him also – being at the end of the phone when he has need to talk or gain some clarification as well as helping him cover loss of earnings for times he has been unable to work.

Michael explained: “I work in transport, I go from A-B, my professional life is about delivering certainty. The past six months of this pandemic have meant the opposite. It has been a fraught time in which we have been flooded with confusing messages about the NHS’s capacity to deal with this virus. Thankfully, with CGD I knew I had someone I could call to decipher the frequently changing governmental and medical advice. I would have been really lost without being able to pick up the phone and discuss matters with them. Come to think of it, a lot of people would be in a really bad place without their support.”

*Michael’s BMT should have happened in October, though owing to the impact of the pandemic has been pushed back to February 2021.