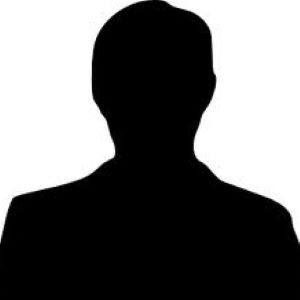 Joe’s BMT had his BMT on the 1st February 2011. He had an unrelated matched donor and has 100% engraftment and is completely cured of X-linked CGD. He was in hospital for 40 days and after recovering at home he is now back in school. Joe wants to be a doctor!

Joe was diagnosed in 2009 with X-linked CGD, aged 9 after a history of abscesses on his neck, armpits and sores in his nose that wouldn’t heal. These were treated but no one investigated the underlying cause. In 2009 Joe was very poorly; weepy, distressed, no appetite, night sweats and pains in his stomach and despite of several trips to the GP his symptoms were not taken seriously. After developing a large liver abscess he was admitted in a serious condition into a high dependency unit in a local hospital where his abscesses and infections were resolved finally over a period of six-months using the powerful antibiotic Linezolid. During this time Joe was tested and diagnosed with X-linked CGD and referred to a hospital specialised in treating CGD.

Having a BMT was first discussed in 2010.  ‘The doctors were very kind. They tell you like it is’, says Gillian. ‘Had it not been for the episode in our local hospital we would not have gone for it but we felt we were giving him a chance with a BMT. Luckily, we went for it. It was a really difficult decision as he was then fairly well. We asked Joe - 'Yes, I’ll have it.’ It was helpful he was so positive. But at 10 years old I’m not sure how much he understood.

We were told there was a 70% chance of a successful BMT for Joe, a 10% mortality rate and a 20% chance of rejection with the need for a second BMT. We thought 70% was a good success rate but you do tend to think of the negative, the 10% mortality rate. We were also frightened of putting him at risk but Joe was getting more and more abscesses, and we didn’t know when the next might be and when it could be fatal.

We had several sessions with our BMT consultant advising us of risks. Then before the procedure we saw him again and he went through everything to make sure we understood, before asking us to sign a consent form to say we understood the risks. We covered loss of fertility, risks of infection, toxicity because of the chemotherapy, rejection, graft versus host disease (GvHD) and graft failure. The doctors go through everything in counselling sessions so you understand it all. It is quite scary. They tell you about interruption of growth, the delay of puberty. This was especially important, as Joe was pre-pubescent. In the end the reasons for BMT outweighed the risks.

Neither my daughter nor myself were a suitable donor so we had to find an unrelated match. One was found in October 2009 but then they pulled out but fortunately a new donor came forward in Feb 2010. The doctors decided to put Joe on a clinical trial using Campath. This is used as part of the reduced conditioning process lowering the chance of GvHD and rejection.

Joe did have problems during chemo - vomiting and diarrhoea. He kept vomiting up the gastro nasal tube.  He was adamant he didn’t want it back in so he was allowed not to have it, as long as he took his meds.  Then everything had to be given orally and this meant waking up to take meds during the night.

The most serious problem for Joe was his reaction to the donor stem cells during the infusion. Joe started screaming as soon as it started and tried to pull out the Hickman Line. He went red and felt hot and burning. The doctors slowed the transfusion rate right down so it took 6 hours rather than the anticipated 3 hours and gave him Piriton and hydrocortisone to overcome the allergy and antibiotics to prevent infection.

Two weeks after transplant Joe’s neutrophil was high enough to come out of isolation! I remember he hula-hooped in the corridor, waving at others in the isolation rooms.

In the end we were told that the BMT was the fastest they had ever done – 40 days!

We were aware of another child in the hospital in July 2009, still there when we left, and who died a month later. We were very lucky – we walked in and walked out. Joe didn’t have GvHD or a viral infection. We sailed through it, apart from a patch of eczema on elbows and knees, a mild reaction to the donor’s cells. We were told to expect chronic mouth ulcers – but Joe didn’t have one. Even the doctors were surprised – he was the fastest child to go in and come out. Joe has since had a couple of line infections that have been treated in our local hospital but everything is fine now. He’s only on one medication now – chlarithromycin. He will be on it for the rest of life.

Although you’re really happy to be going home after BMT it has its own stresses.  The discharge session before we left was three hours. It was everything you must do, everything you mustn’t do. They check you can make up drugs yourself, syringes, what signs to look out for. Before you go in, you are focussing on BMT. You think when you go home you will get back to normal but it’s not like that. In hospital it’s very busy; if there’s a problem someone comes to help. At home, you’re on your own.

The doctors stressed the need to avoid people with chicken pox, shingles and measles, which can be very dangerous. Joe had to have all his immunisations again. We were told to avoid brick dust and don’t go near building sites, avoid crowds – no cinema, school etc and you can’t go on holidays at home or abroad for six months.

Joe could have home visitors but not too many. I kept asking everyone – have you got a cold? Are you well? My mum didn’t come for 10 days when she got a minor cold. I still found I was watching Joe constantly, trying to get a balance, desperately trying not to be too over-bearing. Outings were rides in a convertible car. Eating fish and chips!

I was paranoid again about cleanliness. I was constantly vacuuming the house. It was so clean and we weren’t mixing with anyone. No wooden chopping boards, washing hands all the time. Meds – there are so many meds to be measured and given at a special time. I planned around meds! Stressful. Friends and family are nervous around you - even now, it is quite a responsibility.

All this took its toll on Joe – he was stressed again and mentioned this was happening. He needed time. There were so many people fussing over him. He felt he didn’t need it any more. You know, there can be a tendency to smother them, always asking if they are OK.

We talked about helping him cope, said when you feel a rage coming on, say a word, then we can give you some time/space. He went to his room, gave him something to punch, to calm down.

Things are pretty normal now. Joe is back at school. He was always missing school for appointments. Since he went back he hasn’t missed any – he hasn’t had any days sick. Things are as they should be. Joe still needs to go for check-ups but I arrange these in the school holidays.

BMT was a hard decision to make. If knew then what it would be like, we wouldn’t have hesitated. Compared to the liver abscess, BMT was not so frightening. We felt more in control. We don’t regret anything. Brilliant. Fantastic.

Try and encourage everyone to treat child and you all as normal. Be supportive.

Take breaks in the recovery period at home.